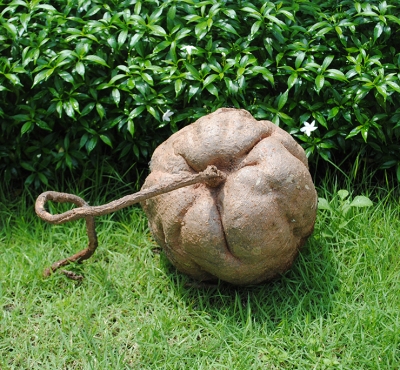 There are many types of  Pueraria in the world. Different species of it can offer different amount of phytochemicals.

This is a native species found in east and southeast Asia. It is also known as Ge Gen in Chinese. Same as other species of Pueraria, the roots contain isoflavonoids, daidzin, daidzein, puerarin, a number of related glucosides, derivatives, sapogenins and complex sterols (including β-sitosterol). The plant offers various properties for internal conditions like coronary and cerebral vasodilation, hypotensive effects, platelet aggregation inhibition, β-adreneigic blocking effect, antiarrhythmic effect, immunostimulant effect, and antipyretic effects. Sometimes, it is used as an ingredient in macrobiotic cooking to make the sauces thicker. It can also work as an alcohol abuse treatment by reducing the needs on alcohol drinks.

Southern, eastern and southeastern Asia are places you can find this kind of Pueraria. This species is known as Puero in Australia. However, the root of this plant is rarely consumed. It is normally used for eye troubles and blennorrhoea. In Africa it is mainly used as cover crops in plantations to prevent soil erosion and improve soil structure.

It can be found in Vietnam which is also called kudzu vine or kudzu bean. The plant contains puerarin, daidzen, daidzin and starch, making it a great source of flour. The leaves are rich in amino acids, asparagine and adenine so it is also used for the soothing treatment of bites.

Normally, this species can be found in Philippines, India, Japan and Malaysia. Its leaves contain glutamic acid, adenine, asparagin and butyric acid. People often use it for bites and other itching skin conditions due to its anti-inflammatory property. Every part of the plant is considered useful for skin problems.

In Western Himalaya, you will be able to find another species of Pueraria called Pueraria Tuberosa. The root contains puerarin (a C-glucoside with the structure 4’,6-dihydroxy-7-glucosyl isoflavone) or Diadzein, (7,4’-dihydroxy-isoflavone) or daidzin and 4’,6’’-di-O-acetylpuerarin. It is used for reducing hypertensive conditions and blood sugar. Also, it can be used with the swollen joints to reduce their puffiness.

It is the native herb in Thailand which is also known as “Kwao Krua” and “White Kwao Krua”. It belongs to the Family Leguminosae or the soy, bean & pea subfamily. The skin of the tuber root is brownish white with white flesh. It is normally found in the rain forests at high altitudes in the northern part of Thailand, especially at Doi Suthep mountain of Chiang Mai.
The tuberous root contains high active compounds. What make this species different from others are the specific estrogenic compounds called miroestrol and deoxymiroestrol. The shape and size of the tuberous root depend on its environment and cultivation.

View all posts by sardi190puerariamirifica

1 thought on “The Pueraria Family”